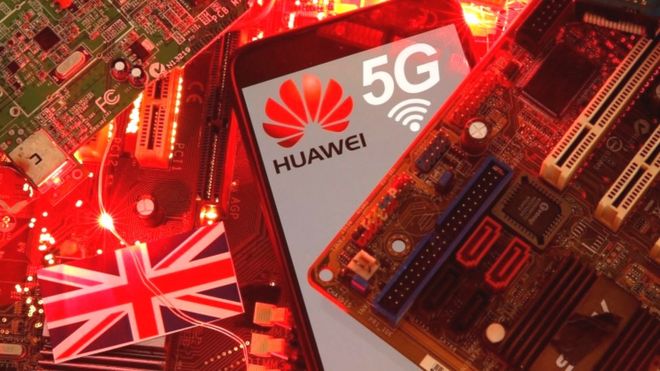 For Britain’s telecoms industry, at least, there is now some clarity. The future of our networks will have to be built without Huawei, even if that sets our 5G rollout back a few years.

The question is how did we get here? Why did we become so reliant on a high-risk vendor and what does that imply for the way we manage homegrown technology companies in the future?

The former director of GCHQ, which has been charged with oversight of Huawei’s equipment for some years, has a theory about this.

Robert Hannigan told Radio 4’s Today programme there had been a failure of industrial policy in the West, dating back to the 1990s.

“We allowed China basically to become the monopoly supplier effectively of the best in 5G,” he said.

“And we ceded that territory.”

There was now the danger China would gain a similar lead in artificial intelligence and robotics, Mr Hannigan added.

This is obviously an issue for the West as a whole.

The United States’s concern about Huawei is made more acute by the fact there is no major American supplier of 5G equipment.

But the UK has a particular problem.

Perhaps more than any other Western country, it has for the past 25 years had a laissez-faire industrial policy: relaxed about foreign takeovers and reluctant to pick winners among technology companies, even when they might have appeared crucial to the UK’s future.

When I started reporting on business, in the late 1980s, GEC was the UK’s mightiest technology company, with operations ranging across defence, electronics and telecoms.

By 2005, it had been renamed Marconi and fallen on hard times but was still a major telecoms equipment manufacturer.

That year, its biggest customer, BT, picked suppliers for a £10bn project to build its “21st-Century network”. 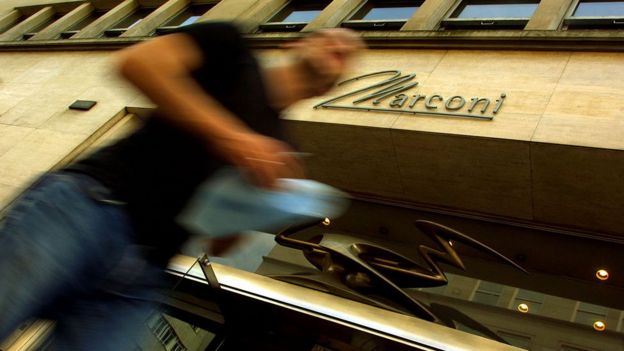 Marconi got nothing. Its exclusion was the company’s death knell.

A union official called on the government to intervene, telling the Guardian: “No other advanced country would allow such a strategic investment decision affecting its national infrastructure to be contracted to foreign-owned suppliers.”

But intervention was out of fashion and Tony Blair’s Labour government let Marconi fade away.

Huawei, which has always denied being state-sponsored, went on to become the world’s leading telecoms equipment-maker.

Spool forward to 2016 and the UK’s outstanding technology business was ARM, not ailing like Marconi but thriving as the designer of the chips in just about all of the world’s smartphones.

Shortly after the Brexit vote, Japan’s Softbank bid £24bn for the company.

The Conservative government hailed it as a vote of confidence in Britain.

And some argued ownership was no longer relevant – look at the thriving foreign-owned car industry – so long as research and development stayed in the UK.

But ARM’s co-founder Sir Hermann Hauser saw the takeover differently, saying it was as a sad loss of independence for yet another British technology company, made cheaper by a weak pound.

Now, it looks as though Softbank is keen to offload ARM, either by returning it to the stock market or seeking a buyer.

And, although it may seem unlikely, what happens if a Chinese company decides it would like to own a business at the heart of mobile computing’s future?

Meanwhile, another chip designer has taken over from ARM as the UK’s best hope for a homegrown technology superstar.

Bristol-based Graphcore has, on Wednesday, unveiled what it calls the world’s most complex processor, designed to accelerate machine-learning applications, from healthcare to autonomous driving. 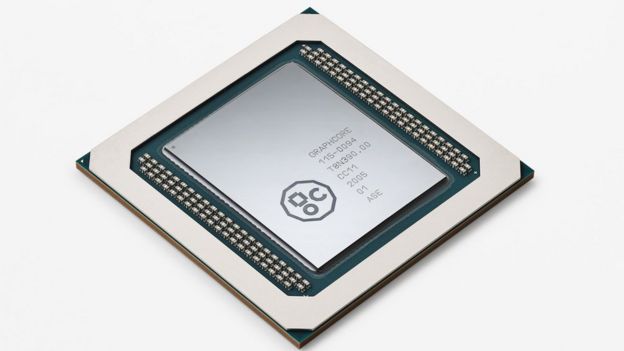 Graphcore is nothing if not confident, boasting its Colossus MK2 has taken the crown from market-leader Nvidia, packing in 59.4 billion transistors, compared with the American company’s 54 billion on its A100 processor.

Building chips designed specifically for AI is the new frontier in the race for technology supremacy between the United States and China – and now the UK could also have a player in the contest.

Graphcore, which has attracted investment from major US venture capital funds, must be in the sights of foreign predators.

But this time, the government may be more inclined to intervene.

New measures allowing intervention in takeovers in crucial industries such as artificial intelligence are in the works.

And I am told No 10 sent back an early draft of a bill because it was not seen as tough enough.

The credo of many Western governments for the past 30 years has centred on free markets, free trade and globalisation.

Now, there is a retreat behind barriers, led by the US.

With that, comes a greater willingness to intervene to protect homegrown champions – and to shut out companies, such as Huawei, seen as a threat to national security.

The article comes from BBC

How will cross-border sellers grasp the new development of the platform in 2020?

In recent years, the growth trend of cross-border e-commerce has been obvious. The data shows that in 2020, global online sales are expected to increase by nearly 19%, which indicates that global sales will reach $4.2 trillion next year. Let’s take a look at the [...]

Former US President Barack Obama released a 12-minute video on Tuesday in support of his former running mate for President in 2020, Joe Biden. In a video address on Tuesday, Obama said: “leadership guided by knowledge and experience, honesty and humility, empathy and grace — [...]

The situation in Japan has faded from public view since the highly publicized “diamond princess” incident in March. On April 7th, however, a restless Mr. Abe declared that “Japan’s economy is facing its biggest crisis since the war”, including a state of emergency in seven [...]