Amazon may have been caught off guard by the surge in demand.

In late March, some employees at amazon’s Staten island warehouse went on strike because they couldn’t keep a safe distance during deliveries, they said, for fear of contracting a virus. They asked the company to close the warehouse and clean and disinfect it.

The surge in orders has been met by labor strikes and delivery delays. Amazon, which has long been regarded as a model of service and logistics, has received bad reviews when it comes to delivery.

Users reported that two-day delivery felt more like “one-day delivery” and that many items seemed to have become permanently “unpurchasable”. The punctuality of online shopping has completely lost its guarantee. 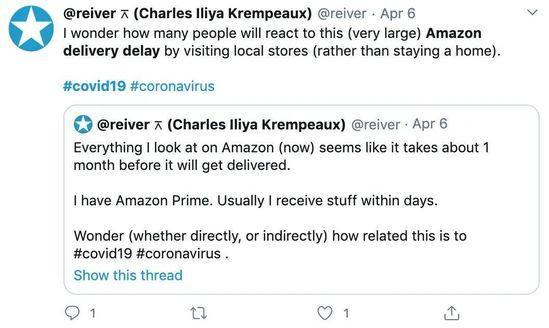 In the United States, drone delivery, the business performance of the back than usual

In 2014, Google’s X division’s Project Wing launched its first drone delivery service, which was certified by the federal aviation administration late last year. The Wing has made tens of thousands of test flights since its first flight in Queensland, Australia.

This time around, Wing’s business has doubled. The number of customers using the drone delivery service has increased dramatically, with its Wing drone completing more than 1,000 deliveries, mainly of food and medicine, in the past two weeks.

Although drones have limited payloads, orders can be filled in minutes with drone deliveries.

After using the drone to deliver, the store’s sales performance exceeded the usual instead. At Mockingbird Cafe, a coffee shop, during its first weekend with Wing, the Wing drone sold 50 percent more pastries than it normally did at the store. 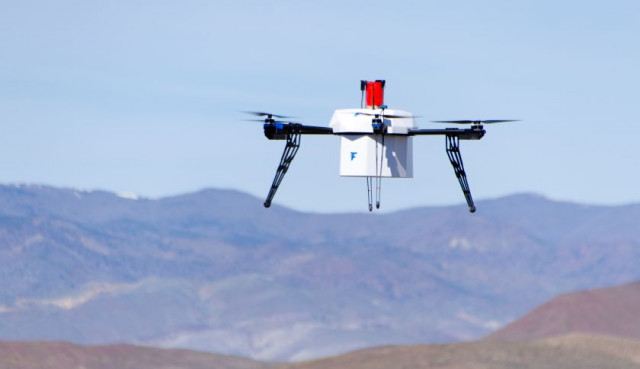 Japan: drone delivery of seafood arrives on the same day

Even during the COVID-19 epidemic, seafood did not lose its importance in Japan. Yamaha and Jal are now exploring the use of drones to deliver same-day seafood to customers in an effort to get them to eat the freshest seafood on time.

The two companies’ employees conducted a field test in February on the Japanese archipelago of Wujima.

The test began at the upper Beijing airport in Zhongtongdao, where they loaded 20 kilograms of freshly caught long-fanged groupers, among others, into an incubator and hung them under a Yamaha Fazer R G2 unmanned helicopter.

Designed for an autonomous flight out of sight, the Fazer R G2 is powered by a four-stroke fuel-injection engine and can carry a maximum payload of 35kg up to 2,800m.

The drone then took off and flew about 35 kilometers to Saikai on Kyushu island. After arriving at the destination, the case was removed from the drone and loaded onto a Japanese airline commercial flight to a restaurant in Tokyo.

The helicopter flew at an altitude of 100 meters and completed the journey from Zhongtong island to Kyushu in about 40 minutes.

By contrast, the same journey by car and ferry takes nearly three hours.

The drones take off and land by radio control from ground crews. Officials in Yamaha’s unmanned systems office monitor the progress of the drone’s flight using satellite-relayed video and other data.

In terms of the above cases, UAV delivery has exceeded manpower delivery in terms of efficiency, safety, and health. However, the restrictions on the payload and endurance time of UAV, as well as the requirements on the clearance of transportation site, etc. are still to be solved in the future.

In 2019, Brazil’s foreign trade, China and the United States are the main import and export forces